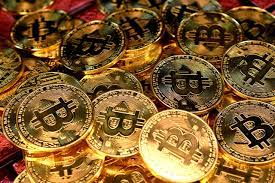 There are a lot of controversy surrounding cryptocurrencies, especially when it comes to their potential to take over traditional forms of currency. Some people believe that cryptocurrencies are a threat to the existing financial system, while others see them as a potential way to improve it.

There is a lot of debate over which side is right, and the controversy is unlikely to be resolved anytime soon.

Cryptocurrency has some advantages over traditional fiat currencies.

Perhaps the most obvious is that it is decentralized, meaning it is not subject to the whims of central banks or governments. This also makes it much more resistant to inflation, as the supply of most cryptocurrencies is capped. Cryptocurrencies are also much faster and cheaper to send and receive than fiat currencies. Transactions are typically confirmed within minutes, and there are no or very low fees. This makes them ideal for international payments. Another advantage is that cryptocurrency is very secure. Transactions are pseudonymous and are often made using multi-signature wallets, which adds an extra layer of security. Additionally, the decentralized nature of cryptocurrencies makes them very difficult to hack or tamper with.

Cryptocurrency is all the rage these days. Everyone from big investors to small-time traders are getting in on the action, hoping to make a quick buck. The popularity of cryptocurrency has been driven by the massive increases in the value of some of the most well-known coins, such as Bitcoin and Ethereum. These increases have made early investors a fortune and have led many people to believe that there is still money to be made in the market. However, the cryptocurrency market is notoriously volatile, and prices can rise and fall very quickly. This makes it a risky investment, but one that many people are still willing to take a chance on. Who knows where the market will go next? If you’re thinking of investing in cryptocurrency, be sure to do your research first and always be prepared to lose everything you put in.

Remember that cryptocurrency is still a relatively new phenomenon, and because of that, it is often misunderstood. There is a lot of misinformation out there, and a lot of people are quick to write it off as a scam or a bubble. Nevertheless, cryptocurrency is here to stay and has potential.

How to Find Reliable Crypto News

What is a Cryptocurrency?